It’s been a long time since I have been remotely excited to play any Call of Duty game. As soon as the double jumping, wall running craziness started, I was out, and I have tried a few of them with no success. This year’s entry is a reboot of the classic Modern Warfare titles that essentially made CoD into the biggest game on the planet for a long time. The single player campaign was a big part of the original MW games, and this new iteration is no different.

First, I have to mention the graphics. This is the most realistic looking game I have ever played. It competes with even the Sony first party games and sets the bar for Death Stranding and The Last of Us Part 2 to beat over the next year. The characters are all stunningly detailed and their facial animations are impeccable. This is the closest we have ever come to real people being rendered in game and it really does help sell the immersion.

This year it seems the story writers were given licence to make whatever they want and told to try and be controversial. They succeed at times, and at others it feels like they’re trying to be a bit too edgy. For the majority of the story, I was invested in the characters and the events and CoD legend Captain Price coming back with his unbelievable moustache got me to buy in even more. As the story continues, it’s a pretty standard CoD affair, there are twists and turns but nothing you won’t see coming story-wise. The story is there to give you reasons behind each mission, and those missions are where Modern Warfare steps out from the crowded FPS genre.

During the very first mission, I knew this was a bit different. Your character feels slower, each step feels more deliberate than the sprinting and diving for cover CoD is known for. As you work your way through the mission, you take out the guards as you get used to the shooting and how good it feels to be back playing CoD, or at least that’s how I felt being a lapsed CoD player. At one point in the mission, you enter a warehouse, and the lights are cut out. Its pitch black except for the light radiating from the torch you have that only illuminates a circle in front of you. All the sudden, I didn’t feel like an invincible soldier. The footsteps I could hear in my headphones were unnerving, I knew there was enemies. The tension in these moments is something no FPS has given me in years, if ever. As soon as I saw movement, I aimed at it, sometimes I nailed an enemy, other times I aimed at nothing.

Those moments are scattered throughout the campaign, and the tension is created in different ways. One of the most talked about missions is “Clean House” which is an incredible, slow paced mission that has you doing exactly what the mission name suggests, cleaning out a house. Not a house in the middle east that has been blown apart by a war. Oh no this is just a regular Town house in North London which is full of men, women, children. Some of them are armed. Some of them are terrified. Some of them are terrified, and then they grab an AK-47 and you must take them out.

The shock value feels earned in missions like “Clean House”. As the end of the campaign approaches it starts to wear out, and it’s a little too much. Eventually you’re a little desensitised to the situation of “person looks like they’re surrendering and then they grab a gun”. There are other missions that have their moments, Piccadilly Circus is a stunning recreation and the events happening there are frightening for someone who has walked around the area countless times, and the Embassy mission is the longest one in the game and changes up the gameplay multiple times to give things a slight twist and keep you on your toes.

I honestly did not expect much from this new Modern Warfare’s campaign. I was excited to see Price and the shooting mechanics of MW have never been beat. It turns out that I really enjoyed playing through this campaign, and at the end I was sitting in my chair squealing with delight about the name drops and references. I did not expect CoD to get that kind of a reaction from me. Modern Warfare has brought me back to the series, and even if it takes a couple years between this and the sequel, I am very excited to see what comes next in the rebooted story.

I have jumped in and played a big chunk of multiplayer, and I will talk about that more later in the week. The fact I have played a lot should tell you something though, as I have already sunk more hours into this multiplayer than the last few CoDs combined. The campaign is a reason to play Modern Warfare, and the Multiplayer may just be the reason I stick around.

Good: Incredible Graphics, Stunning set pieces, and some brilliant missions that change up the CoD formula.

Bad: The story will never be that great in CoD games, but it doesn’t really need to be. Some scenes that are shocking for shock’s sake that don’t add to the narrative at all. 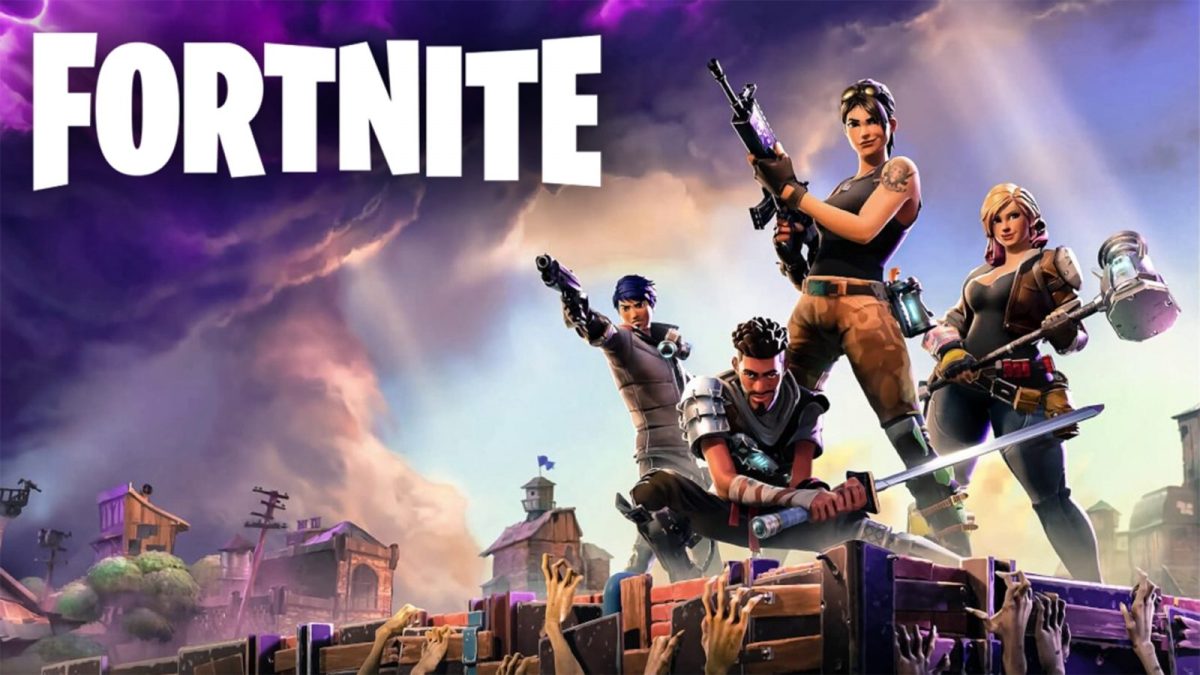 I played a bunch of Fortnite during its 5th Season of the battle pass. I never got a solo win, but like a generous lover I often came second. I only ever got there by sneaking around and hiding, getting the odd kill here and there, and my only wins came in squads with a group of people, normally containing one player who had mastered the building mechanics.

I managed to get okay at the building but when you see some of the stuff people are doing on there now, I am just scared off ever trying to play it again. The last time I had a go was a few months ago. I snuck up behind an enemy and unleashed a barrage of bullets into them, only for them to deploy a skyscraper in about 5 seconds and then murdered me from above. It was demoralising and I went straight back to Apex Legends, which has been my Battle Royale of choice ever since, although I have barely touched it lately.

Even with my retirement from Fortnite, I have never understood the hate it gets from platforms like reddit and twitter. It’s full of kids, yeah, but so was Call of Duty lobbies back in the day. In fact, the new Call of Duty has so much hype surrounding it because people my age were in their teens when they played the original Modern Warfare games, therefore hitting everyone right in the nostalgia. Fortnite is the new Call of Duty. It’s the game everyone has played, and it’s the biggest game on the planet. If you need proof, look at the last 24 hours of the game.

It has not been playable since an in-game event a couple of days ago. That event was a giant black hole sucking up the entire map, all the menu’s and everything else, and then just staying there as a black hole on screen. People then sat for hours, probably some streams are still sitting there waiting for whatever is next. This is where Fortnite is setting its trend. Call of Duty became a phenomenon and brought the First-Person Shooter genre to the forefront of gaming.

Call of Duty was not the first game of its kind. Before CoD, there was Halo, before Halo, there was Goldeneye, and the real origin of the genre is Doom. Fortnite came at a similar time. It might be a surprise to those of you who aren’t gamers, but Fortnite was not the original Battle Royale. In fact, it was original a survival game with no battle royale mode at all. It was released in response to the enormous success being enjoyed by PUBG. Since then, PUBG has struggled to keep up the fight and I have not seen much news about that game in a long while. Meanwhile Fortnite, like CoD, has become the biggest game around.

“I am fed up of being murdered by 12 year olds” is a common phrase I say when referring to Fortnite, but I remember being told by adults to fuck off when I was in my teens, because I was battering them on Call of Duty. Every generation has had a game that has defined it, and the youth of today have Fortnite. The current event has brought it back to the front of people’s minds, but it’s never stopped being a success and a game played all around the world.

I was thirteen when I started playing games online, Rainbow Six Vegas was the one, surprising because it’s not Call of Duty 4 or Halo like most people. CoD World at War was when I began playing CoD as a regular hobby and I was very good at one point. I have never got back to be that good, but I am excited to try and get there with the next CoD. I don’t have the hours to spend playing anymore but the competitive streak in me means anything but being the top player on my team is an enormous frustration to me.

That explains why I fell out of playing Fortnite, and why I have never enjoyed Mario Party or Smash Bros. Mario Party’s random nature drives someone with a serious competitive edge crazy. The lack of reason just drives me up the wall. With Smash bros, I am simply shite at the game through lack of playing it. Weirdly I won my first ever multiplayer game of it at a mate’s house using the only move set I know, the good old Suck and Blow with Kirby.

Back to my point with Fortnite, I think this is part of the generational cycle with video games. My generation are the first where Gaming has carried on from our childhood, through our teens and into adult life. We grew up with the consoles becoming more mature, and now there is a new generation discovering gaming in a different way to what we did. My parents’ generation played games when they were kids, but by the time they got to adulthood gaming simply had not progressed to the point where the games were telling interesting stories like they were for me with Metal Gear Solid or Heavy Rain.

I know that there are stories in games that my parents or even my grandparents would enjoy, but they will never see them. They are the “Games are for kids” generation. My generation seems to be becoming the “Games are for adults” generation and both of those views is a flawed way to see it. Games are for everyone, and next time you’re fed up of being murdered by 12-year olds in skyscrapers, remember when you were that kid.

I sat down today to write about Martin Scorsese’s ongoing comments about Marvel. Really not sure how I got here, but glad I did.