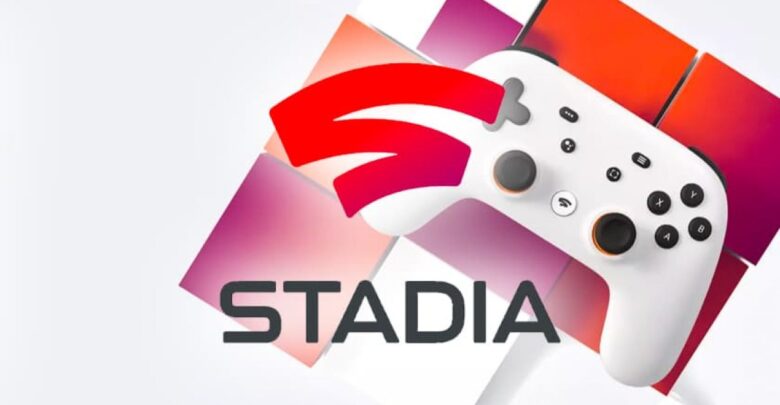 For the last week influencers and reviewers have been playing Google Stadia. Yesterday, the review embargo was up, and a deluge of universally disappointed people spoke out about how the technology was there, but the service just wasn’t up to it. It’s been a rough launch for google, and its missing a lot of the features it’s expected will eventually come to the platform.

I can understand why there is so much disappointment around this, they promised a lot and naturally people expected that promise to be mostly fulfilled on launch. The closer to launch we got, the more and more features were confirmed as “coming soon” basically stripping down the launch from the full platform to just being a beta or Early Access launch for those who really want to play it.

I’ve seen a few people mention this, and I think google may have missed a trick by not sticking a big fat “Early Access” label on Stadia until 2020 when they have the full suite of features up and running. That early access tag is superficial in a lot of ways, basically they’ve been honest and just launched what they have now, and will add the rest later, but it has led to a lot of questions about why they have launched a severely undercooked product into an incredibly competitive market.

The lack of features is alarming, some basic functionality just isn’t there from what I can see, for example buying a game can’t be done from all platforms, only really the Google Pixel phone, and you can’t play on the phone unless you have a USB-C to USB-C connector which evidently wasn’t sent out with the controller. It feels like they should have delayed the release but didn’t want their first entry to the games industry to be a delayed launch, although I don’t think this is any better for their reputation.

What’s more important to me personally, is that the technology is working. People are playing games on their TV’s at home, walking to a shop, and carrying on whilst walking right from where they left off. That is the dream for me, and as much success as the Nintendo Switch has had, I cannot wait until I can play games like Jedi Fallen Order at home and then on my journey to work.

The fact the tech works is far bigger news that I think it’s being credited for, but it really shines a light on the infrastructure needed to play these platforms. The internet is the key component that new streaming technologies need but the infrastructure just isn’t there for most of the globe. I am in a privileged position where I have great internet in my home and enough GB on my data plan to never have to think about it, but even I will struggle with playing games on my journey into work because the signal just isn’t consistent on trains. 5G internet will fix some of these issues, but even then, my train goes underground for a large part of my Journey so that’ll be the point where I have to stop playing.

The thought of getting to lunch time and being able to carry on from where I was is delightful though. That dreamland is now on the horizon, and I am very excited for the next couple of years when we will see this tech thrive. Stadia has launched this week and is the first out of the gate. Its rough launch has been tough on Google (Bless them, hope they’re going to be okay) but I have no doubt that the people at Microsoft have been watching with eagle eyed curiosity.

Next year they will be launching Project X Cloud in its entirety, and they will be watching Stadia and probably have more of an eye on how the technology is working than the services. They have a huge advantage in the fact they have libraries of 1000s of games ready for people to play, they just have to get the technology right. Their service is already made, the Xbox store, game pass, gold, it’s already ingrained in their ecosystem and Xcloud just opens their platform to more people. Quite how their platform will perform, or how the pricing will work, I am not sure, but I am certain they will be taking notes and making sure they get this right.

The Xbox camp has been steadily making all the right choices to position themselves as the front runner of the next generation, while stadia is an unknown and Nintendo won’t launch a streaming service until 2037. Their main competition will of course be the PS5, a console we know almost nothing about. There are rumours everywhere but what’s true and what’s industry speculation is hard to pick apart, the only guarantee is that games streaming will be a part of it.

Years ago, they launched a game streaming service to little fanfare. PSNow is a service that’s been improving for years and I think will be a big part of their next generation, even if they revamp its brand to make it feel like a new product. Playing anywhere isn’t a sure thing, but they’ve also been dabbling in that for several years as well with Remote play.

Stadia’s stumbling out the block shouldn’t scare people off streaming games platforms but should serve as proof of concept. It works, it just needs to be correctly implemented with the right services. Perhaps Google will get it there sooner rather than later, but if they don’t, I am confident Microsoft and Sony will.

19th March 2019 will go down in history as the day Google arrived in the gaming industry. Google held their GDC press conference where they unveiled Stadia. It is their new video game streaming platform. I will try to go over the main points but I urge anyone who has a keen interest in the games industry to go and watch the highlights of the conference on YouTube.

Stadia allows you to play top end video games using any screen, and using any controller, all via a Google Chrome browser. There is no need for a box, you can play everything regardless of the processing power you have available to you. Everything is done in Googles own data centres, and then streamed to your device.

At launch, which is yet to be confirmed exactly but will be 2019, Stadia will be able to stream at 4k, with HDR at 60 fps. If that’s gibberish to you, that is the best picture the current top end TV’s can handle. Google has built the data centres so that they can keep up with technology as it advances, meaning when 8k and  120 fps becomes the accepted level, Stadia will be able to get there with no hassle for any consumers.

All of these stats might not mean much to you, but to put it in terms that make a little more sense, one single instance of Stadia is more powerful than an Xbox One X and a PS4 Pro combined. That is impressive on its own, but Stadia does not just allow you to access one instance at a time. If the game requires it, there will be several processing units dedicated to your game, meaning the processing power is essentially limitless.

This news must be absolute heaven for developers, as it now means they no longer have to scale their ideas to the consoles they are being released on. To date this has never been the case, even PC gaming is limited by the most powerful PC’s as they run on one single processing unit. Right now we are pretty much at the limit of what video games can be on console with things like The Last Of Us 2 and Red Dead Redemption 2 the top end of what is achievable on these platforms.

On top of all the power, google announced a slate of tools for devs to utilise Stadia as best they can. I am not versed enough in the developer world to know what the applications of these services will be but by all accounts they seem incredible. It’s made me incredibly excited for where games are heading. Streaming technology allows devs to make games that can allow for 100s of people to play simultaneously. The example they used on stage was taking battle royale games like Fortnite from 100 players up to 1000, which is an insane idea.

On their new controller is a share button, which is nothing particularly new. The special thing Google have is that they own YouTube. The share button now allows you to share your game as it’s being played around the world to anyone and everyone. This could change the way people watch video games, and must be a huge issue for streaming platform Twitch.

You can also share moments in games, and your friends will be able to jump straight in and play that exact game through their own device. It’s hard to make much sense of the amount of applications this technology has and it’s all part of this new platform.

One idea that really showed how innovative Google are being with this was the ability to jump into a game with your favourite youtuber from the channel as you watch them. If that doesn’t make sense, imagine you are watching a youtuber laying Apex Legends, you can click on “Join game” and it will put you in a queue to join into the exact game you are watching. That opens up a whole new world of interaction with content creators on YouTube and other platforms.

The future is here

Stadia is being built to give developers the tools to make anything they want, and let gamers play it however they want. Watching the stream felt odd, and the ramifications of this announcement will be felt around the entire games industry. Stadia Games and Entertainment is their own first party, focussed on making Stadia exclusive games, and that’s another example of how google are approaching this.

Microsoft and Sony will have been watching this conference and from all reports I know of, they will have been a tad worried about the new competitor on the block. Consoles are such a key part of the gaming industry right now, and have been for such a long time. Google today showed us a glimpse at a new world. A world without boxes. There’s no price point, and it requires a good internet connection but they are the only barriers to entry we are yet to find out about. They promised more will be revealed this summer, and I will bring you all the news on the site when it happens.

Stadia launches this year. Over to you Microsoft and Sony. Google has arrived in the games industry.