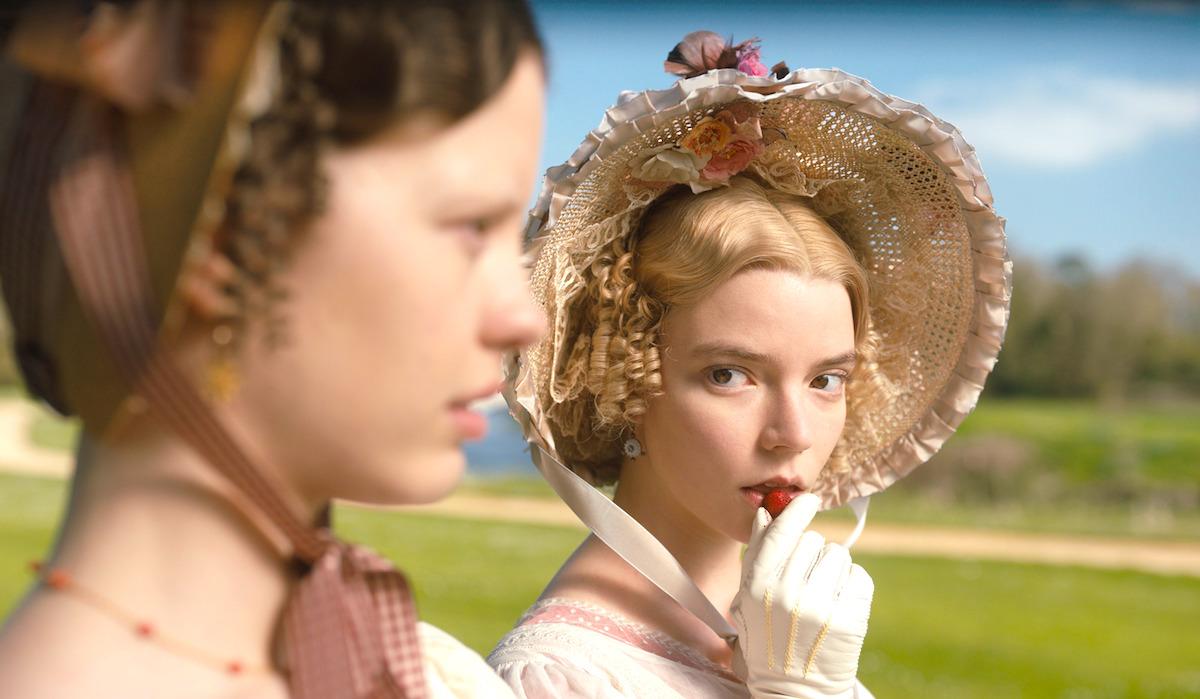 I had no idea what to expect with this film, a rarity nowadays with the number of trailers around. I knew I liked what I’d seen of Anya Taylor-Joy in Split a couple of years ago, but beyond that I didn’t know what I was getting with Emma.

As the film begins, I struggled to pin down what exactly this film was about. The characters are introduced in a flurry of names and I struggled to keep track of who was related and who was familiar with who. By the end I had a grip on it, but it took a bit longer than I’d like to settle into the story.

The first hour of Emma meanders aimlessly before it starts to sharpen its focus. Until then I was asking myself what the story was that this film was trying to tell. As someone not familiar at all with the Jane Austen novel it didn’t do a great job of getting me invested in the characters besides from the titular one, which makes some of the impactful scenes in the second half of the film flat.

Anya Taylor-Joy is excellent in that lead role and carries the entire film. Emma goes against the norm by having its title character quite an unlikable person. She is enjoying playing matchmaker and comfortable playing god with other people’s lives. As the events of the film develop, her character does too and there’s is a clear arc and at the end of the film she’s changed from the young woman at the start.

The rest of the cast have a few stand outs, and as a big Sex Education fan I liked seeing people from that show pop up in this film. Emma’s father played by Bill Nighy provides consistent comic relief, which is needed as most of this film is conversations where names are being thrown about and you’re having to connect it up in your head. Nobody is bad, but the nature of the film means it’s all centred around Anya Taylor-Joy and each of the other characters are only there to react to her, they’re not really fleshed out much in their own right.

That lack of development is a shame as some of the relationships between other characters are key parts of the film. There are scenes and moments that I felt were supposed to really hit an emotional note that just passed by, and that was because I only really been told about certain characters and not actually shown their relationship develop.

Emma has an interesting story to tell, but it takes a bit too long to get to the job of telling it. The first hour would’ve been better spent developing the characters rather than just a parade of names and situations. The production design and costumes are all great, up there with what we had in Little Women. It’s not a bad film, it’s just not as good a film as it threatens to be.