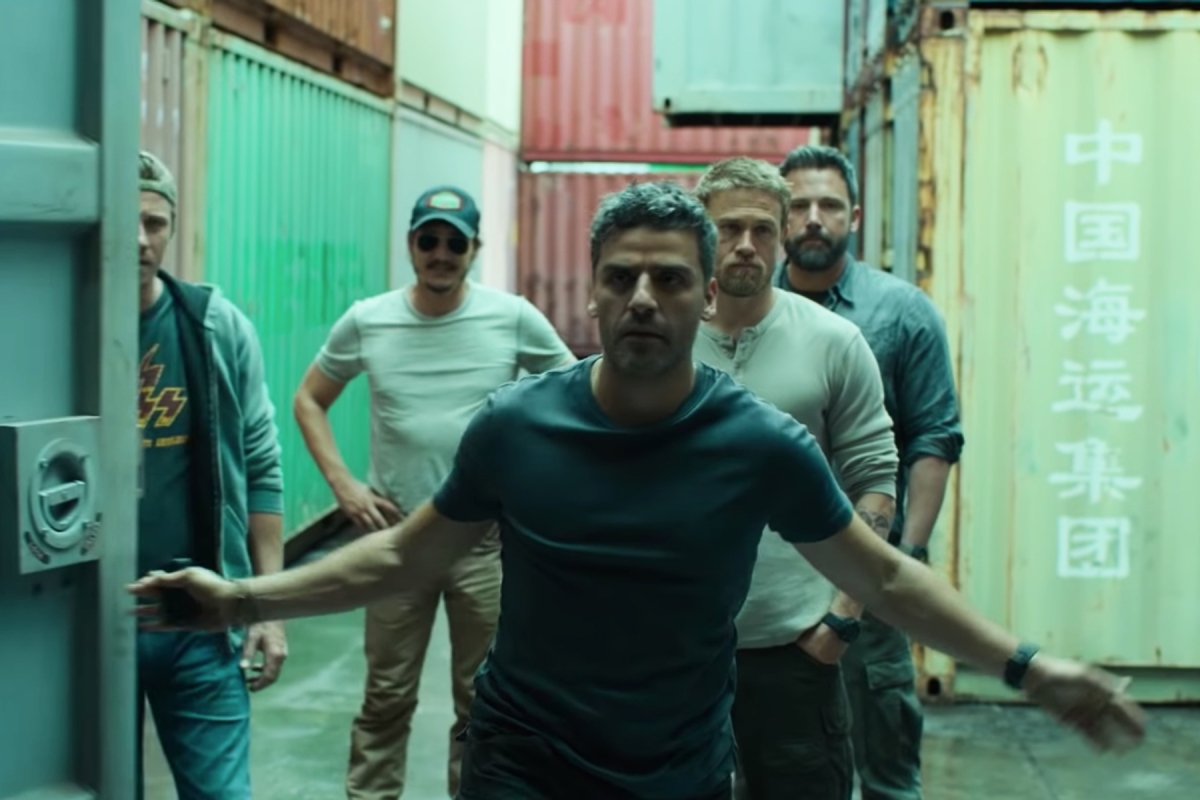 Netflix have been putting more and more money into the production of its own content. They’ve found a lot of success with the series they have produced, but their own movies have struggled to be consistent. They tend to be predictable stories with A list talent, and the net results has to date have been inconsistent. Triple Frontier brings Oscar Isaac, Ben Affleck, Charlie Hunnam and Pedro Pascal.

They are all very talents actors, capable of carrying the movie on their own shoulders. The film does a good job is a good sense of camaraderie between the entire group when they’re together and the character moments between them are what the filmmakers attempt to use to take Triple Frontier to another level. The group face a lot of challenges through the film, and each actor has a moment to deliver something great. Oscar Isaac is top of the bill for me, but Affleck and Hunnam come to play as well. Pedro Pascal and Garrett Hedlund are given less to do, kind of playing “the other guys” for me but the group all knit together well.

They are all playing ex military servicemen, with different skills and a past we get a hint of without any real details. What you can tell is that they have a bond, and when it comes to it they would lay their lives on the line to save one another. That isn’t often required though, as we learn throughout that these are all very capable soldiers, to the point where they seem almost invincible at some points in the film. They aren’t and the way the tension builds through the film is excellent. Credit has to go to the director for putting together these intense, slow, methodical action scenes that burst into life with gunfire then return to the quiet tension that preceded the moment of explosive action.

One of the reasons this tension is created is by excellent use of the camera. Long tracking shot, slow sweeping one shot sequences, and only cutting when necessary. No action scene is hidden behind chopping between 15 camera angles, something I hate in films. Everything that happens is clear, well shot and feels real. The sound design is excellent, every gunshot pops, and the slow speed of the engagements makes for some of the best military style action I’ve seen in a while.

If the action and the group dynamic are what makes Triple Frontier worth watching, the plot is what might make it a little less enjoyable. The plot is generic, which is fine in itself, but the payoff at the end of the film feels very light and fluffy for what is an intense ride for the majority of the 2 hour 5 minute run time. That run time does feel a little heavy, which I judge based on whether I have looked at the time or checked how long is left during the film. I checked in this film and nearly groaned that there was 45 minutes left. The lack of an engaging premise is what makes the film feel long, and although the third act does pick up the pace a little, it kind of loses its way a little. The finale of the film was a bit odd, and the storytelling choices the make didn’t really make sense with me, given everything that happens in the film.

Triple Frontier has an excellent cast, playing an intriguing group of characters. At times its like the film can’t decide if they are good or bad people, and the meandering between the two leads to a bit of an unsatisfying ending. The action delivers in a big way, just like the cast, but I can’t help but feel this film delivers less than the sum of its parts in a weird way. The potential with a cast this strong and action put together this well is sky-high, and although it’s a good film, it didn’t quite reach greatness.

Good: Great cast and performances all round, and it has some of the most intense and realistic action scenes of the year so far.

Bad:  Generic and unengaging plot doesn’t give the audience the hook to keep engaged for the entire run time, unfulfilling ending.

6/10 – Much like Affleck’s Batman, this is good, but it could have been great.