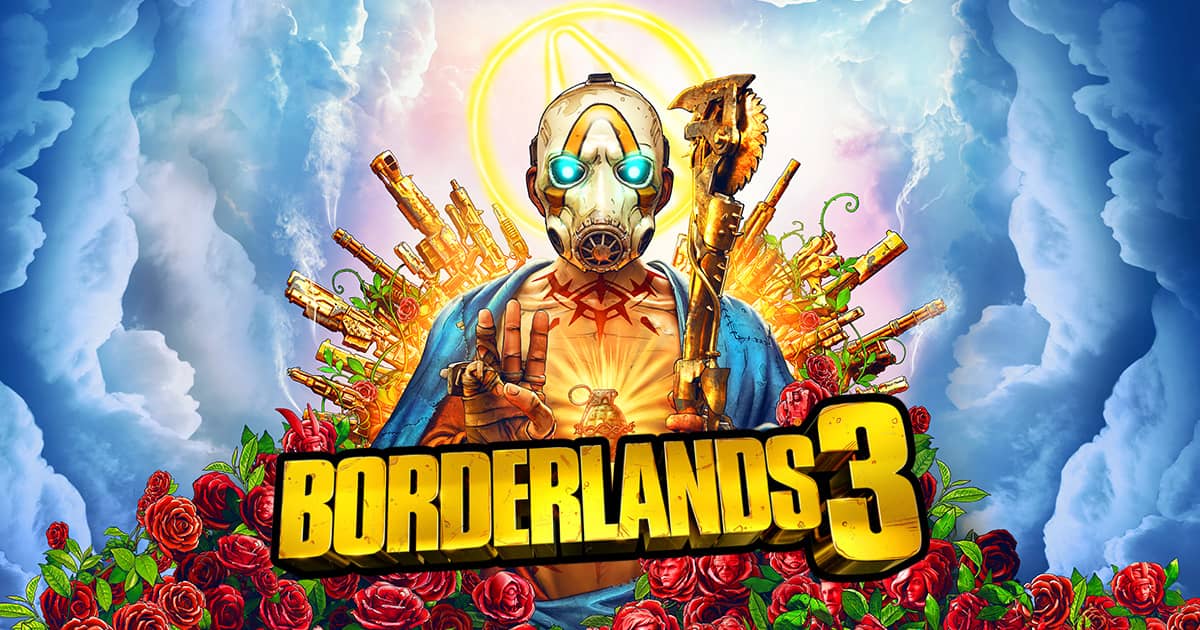 The wait for Borderlands 3 has been a long one. It’s been seven years since Borderlands 2 really popularised the looter shooter genre, and in that time, we have seen several games take a similar model and be successful. The main one that comes to mind is Destiny 2, a game I really enjoy and think has perfected that addictive cycle of wanting to keep playing to get that next weapon.

One key difference between Borderlands 3 and Destiny 2, is that the multiplayer isn’t as prominent. The multiplayer side of Borderlands now is a bit laggy and I prefer playing solo which is unusual. I have played a couple of hours in some mate’s games, but my own campaign has been entirely solo. I have just beaten the first Vault, so I am not 100% through yet, but I’ve certainly played enough to know what this game is all about.

The story is driven by antagonist The Calypso Twins, a pair of powerful siblings who are using a twitch like streaming platform to gain followers to join their cause and fight for them. That gives them an army of varied types to blast away with the plethora of guns in the game as you, the Vault Hunter, are tasked with beating them to the vaults. The game brings back several old characters from previous games, all the main characters from Borderlands 1 and 2 are on the cover and there’s characters from side games like the Pre-sequel and even TellTale’s “Tales from the Borderlands” game which is a nice touch and brings everything together.

I won’t go into the story any more than that, but so far, it’s a fine story, and that is all it is. The twins are fun villains but they’re missing the magic that Handsome Jack brought with him. It’s a tough bar to reach, but that is the precedent set when you deliver one of the best video game villains ever. Of course, I am not all the way through the game yet, and they have done some nasty stuff so far, so maybe they will get up near that level by the end of the story.

The reason to play Borderlands isn’t really for the story though, that’s just the vehicle that delivers the enemies for you to shoot, punch, explode and splatter at your leisure. I played as Zane and found his duel abilities all combine quite well. The shield he drops is a mainstay for me, and I swap out his doppelganger and drone abilities as and when I get bored of playing one or the other. They all feel very useful though, and although he doesn’t have an ultimate akin to the others like a giant mech suit that drops down for another playable character, but he does have a more consistent effect on the battlefield. Playing solo his shield provides a very useful defensive option that has save my bacon countless times throughout my time with the game and the drone can pester enemies for you and keep things from getting out of hand.

Each of the abilities are linked to their own skill trees, and as you level up you invest points into the trees to unlock augments and effects that change the way you use your arsenal. Late game, these options become very customisable and will make for some great gameplay fun trying out the different load outs. These abilities all contribute to the core gameplay, but none of them are vital to the game as the incredible selection of guns.

Guns are what Borderlands 3 does best, and it does it by giving you absolutely hundreds of them within hours of the game. It’s rare to get two of the same gun, and if you do it will have two different sets of effects and stats, so there is an even smaller chance of ever getting the exact same gun two times besides from the legendary weapons that your friends might stumble upon too. Every gun has a twist, every gun is powerful in its own way, and they are all brilliantly brought to life with attention to detail you wouldn’t expect in a game with so many options on the guns. Firing pins pop in and out of guns as they fire, a lot of guns have clip counters on them that count down, there’s pipes and nozzles flashing all over the place, it’s the best part of the game and I am glad they got it right.

I don’t believe I have kept the same set of weapons for any two consecutive missions yet, which is testament to the games loot system which is balanced heavily towards giving you way too much. early game you will find yourself having to throw out guns and items in favour of storing more valuable loot in your backpack, but as you invest more into the storage upgrades you can really start making plenty of in game money to keep yourself stocked up on ammo. You can buy weapons but so far, I have not bought one, there just isn’t any need.

Borderlands 3 delivers almost exactly what I expected from it, which is Borderlands 2 with just more stuff. There are more guns with some new tricks and features, more enemies with some slightly different attributes, and some new planets to explore. The planets all kind of have the same desperate tone so far, even if the environment looks different. They all are being attacked by the same enemies and that means you’re having similar fights everywhere, just the scenery is different. The boss fights are varied and fun, offering twists on the normal game play beyond just being bullet sponges, which there are of course.

It’s More-derlands, with nothing ground-breaking being introduced to the formula. They know what works, and they’ve worked on perfecting it. If you enjoyed the previous games you will enjoy this one for sure, just don’t expect anything new. It feels a little like a game made with blinkers on, ignoring the outside gaming world and sticking to its Guns.

That isn’t necessarily a bad thing though.

This site uses Akismet to reduce spam. Learn how your comment data is processed.